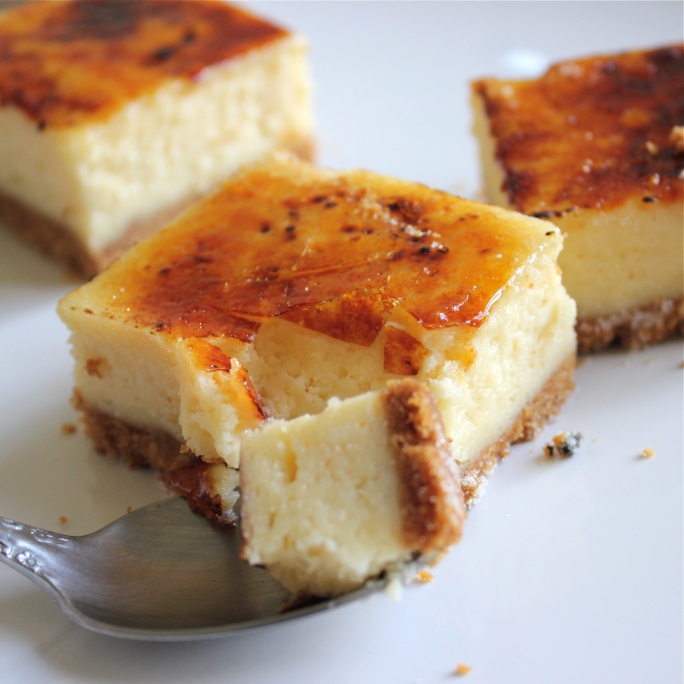 For those of you who know me, Switchfoot is my favorite band. They’re an alternative rock band from San Diego, and they play good music with good lyrics. 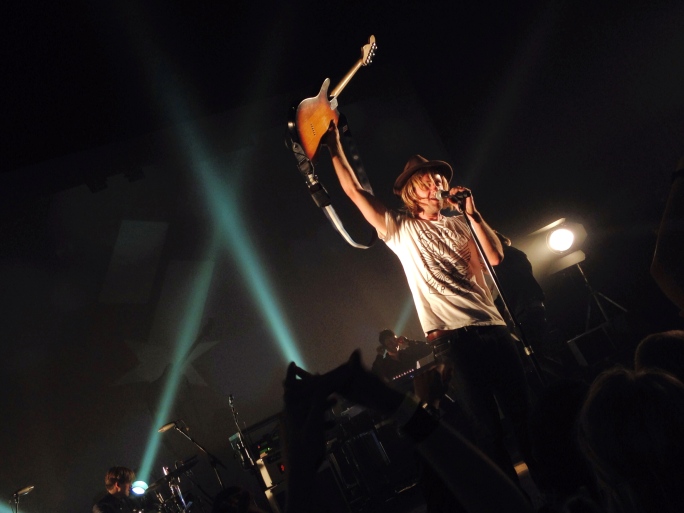 A few weeks ago, my friends and I drove up to Santa Barbara for their Fading West tour. We met up with another friend there, and the four of us went to the concert together. It’s my third time seeing them (I saw them this past June at the San Diego Fair and last fall in Anaheim), but it was different because the first half was the premiere of the surfing documentary they just finished. Who knew a surfing documentary would be that exciting, huh? They had a short set after the movie. After the concert, we decided to flock down their tour bus in  hopes of seeing them before they left. We caught Jerome Fontamillas, who’s the instrumental genius and plays (I swear) everything. We got his autograph and a picture with him! 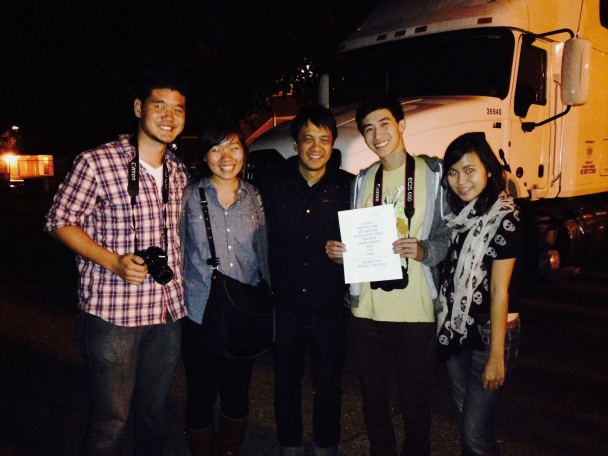 We were able to catch Jon Foreman, the lead singer, and he was kind enough to give whoever was there an after show at the back of the venue. I’ll embed the video I got at the end of the post. But seriously, these guys just seem so genuine! I mean, I haven’t met them before, but the way they write and make and talk about music is so pure and amazing. VIP next round, maybe! Good music, good weather, good company. ‘Twas a good weekend indeed. 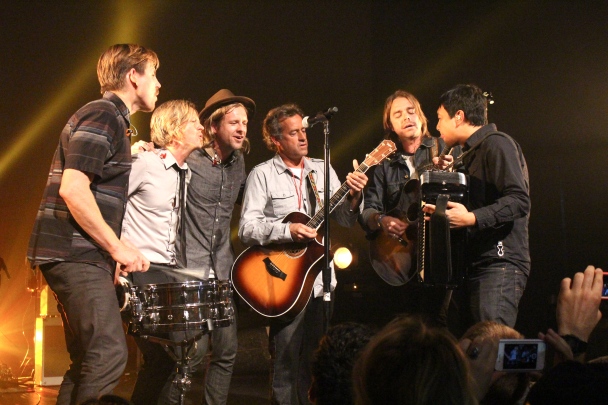 BUT ENOUGH ABOUT SWITCHFOOT. 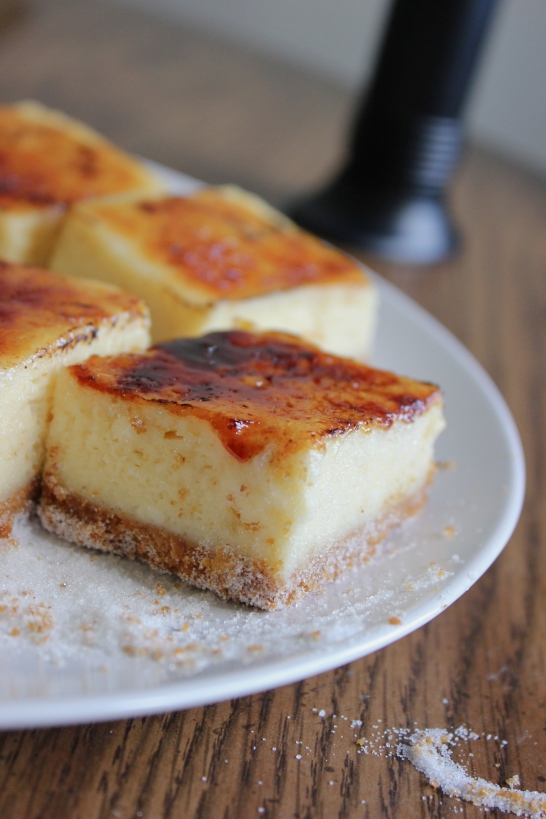 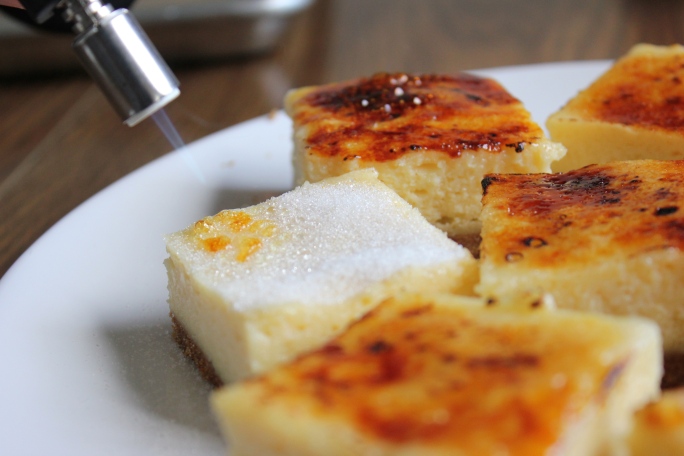 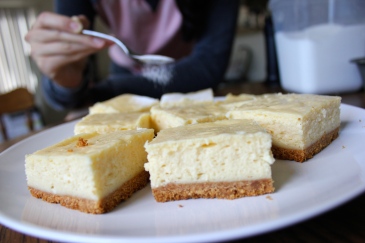 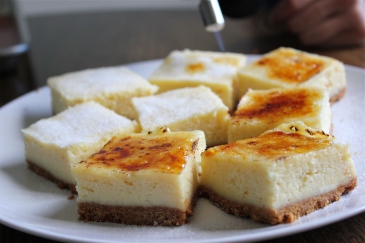 It’s as good as it sounds and looks. There’s just something satisfying about tapping a brûlée-d top and watching it crack. And it’s even more satisfying when you know you’re digging into rich, creamy cheesecake (also satisfying when you’re eating actual crème brûlée too…but you get the picture. right?). It’s definitely simple; no custards/egg yolks, no having to heat up cream or anything, no water baths. The crust is thick, the filling is luscious and creamy, and the the tangy-ness of the cream cheese is paired perfectly with the sweetness of the sugar in the cheesecake and from the crème brûlée topping. The cheesecake bars aren’t too sweet at all, and they’re super quick and easy to make. It just requires the extra step of torching the tops, but hey, it’s always fun to play with a torch, right? =) (definitely be safe, people!!) 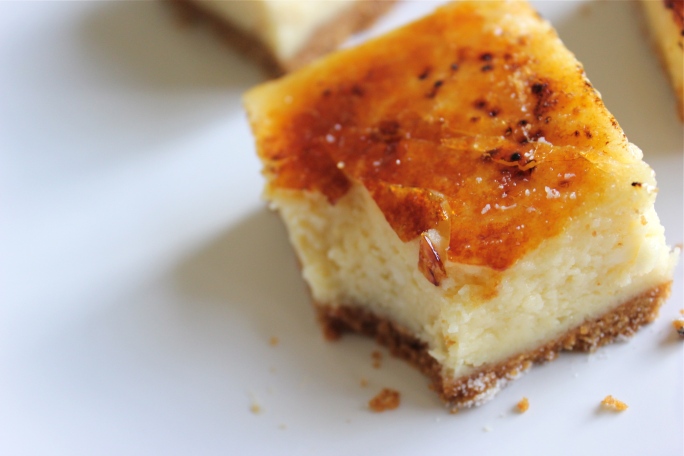 1. For the Crust: Preheat the oven to 350°F. Line an 8-inch square baking dish with foil, and leave an overhang for easy removal later.

2. In a food processor, pulse the graham crackers until finely ground. Add the melted butter and pulse until moistened. Press the graham cracker mixture into the bottom of the prepared pan. Bake for 8-10 minutes, or until lightly browned and set. Let the crust cool and reduce the oven temperature to 300°F.

3. For the cheesecake: Beat the cream cheese until smooth (you can use either an electric mixture or a food processor). Add the sugar, eggs, egg yolk, vanilla bean/extract, and salt, and beat until smooth and well combined.

4. Pour the mixture into the pan, and bake for about 45 minutes, until the cheesecake is set and still slightly jiggly in the center (don’t worry, it’ll set as it cools). Be careful to not overbake. Let the cheesecake cool completely in the pan, then cover and chill until firm.

5. When the cheesecake is firm, cut into squares. I cut off the edges of my cheesecake so I could have a smooth top to form the brûlée.

6. On a heat-safe work surface, sprinkle the tops of each square with sugar, and being careful, torch the tops with a kitchen torch until it turns a deep amber color. If you want a thicker brûlée top, sprinkle more sugar on top. You can refrigerate the cheesecakes, but the brûlée will start to soften as it sits in the fridge. Enjoy! 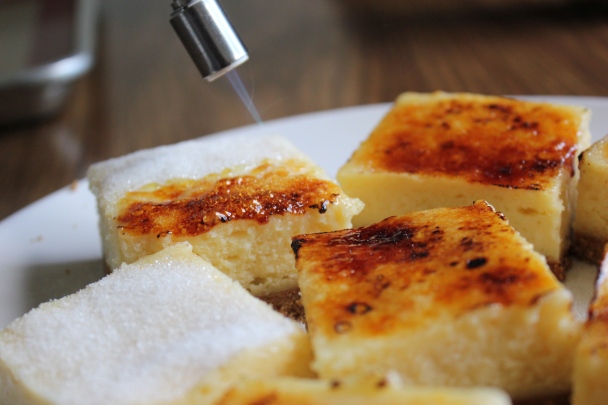 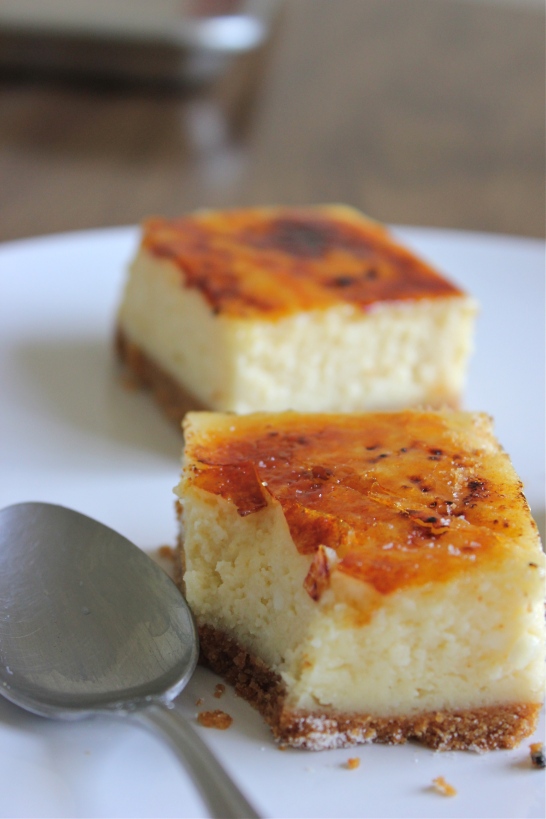 Until next time,
Soli Deo Gloria, and Happy reading, eating, and baking!
P.S. =)